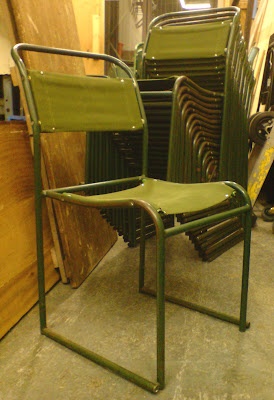 another good find of approx 70 stacking chairs made by Pel. green tubular steel frames with canvas seats and back rests. When Pel chairs are found in this colour and finish they are often named as 'Wimbledon Chairs' as this design has been used on the Wimbledon Tennis Courts since the 1920s. Approx 70 chairs salvaged from a church hall in the north of England. 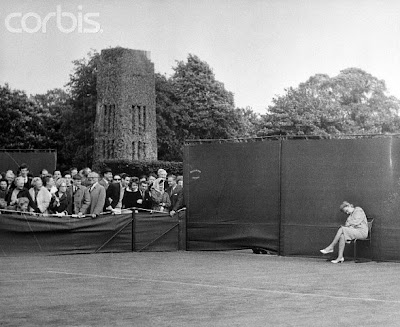 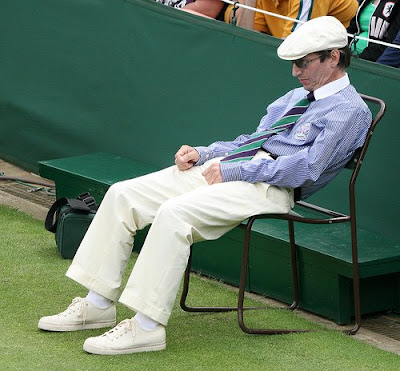 ...still sleeping in Pel chairs, although they are now normally only used on the smaller courts.
Posted by Rupert Blanchard at 20:28