Remploy is a government-owned company established in 1945. Originally founded to employ those disabled through acts of war, providing new goods to the British public. Chances are that you would have come into contact with a Remploy product at some point in your life or perhaps sat on a remploy chair in School, at a Hospital, Church, Office or even at home at your Remploy formica dining table.

In recent decades manufacturing in many industries has moved overseas so its somewhat of a surprise that at a time where British manufacturing is reborn & celebrated that the government should choose to close the Remploy factories.

It would appear to me that the company needs to be run as a business and not just as a charity. Rather than spending a fortune keeping the able disabled workforce at home couldn't the government send Mary Portas or some Terence Conran type in to turn this story around and actually make some money from these loss making factories that appear to only be handed piecemeal work rather than commercially viable products that they once made and that the public want...
...One area that Remploy have been missing out on is furniture manufacturing.
They appear to have missed the fact that during the past decade interest in original Remploy designs have gathered pace with vintage pieces selling for many times more than the current costs of new equivalents in vintage antique stores & on ebay with stacking chairs and tables being salvaged from schools and churches across the UK and being exported to shops, bars & cafes as far away as Japan.
Other than reissuing their own classics which companies such as Ercol have triumphed with, Why haven't top British designers been brought in to collaborate with Remploy?
Why isn't it viable to turn this company into a business again rather than have the government paying to keep this workwork at home?

I would like to see Remploy products on every highstreet, a Remploy range in John Lewis, a Remploy mini-factory and shop in the largest empty shop on every empty high street across the UK with items produced and sold on site.
I would like to volunteer my services to any of these factories if they can see a way forwards... 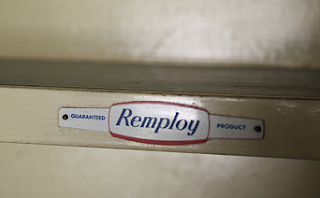 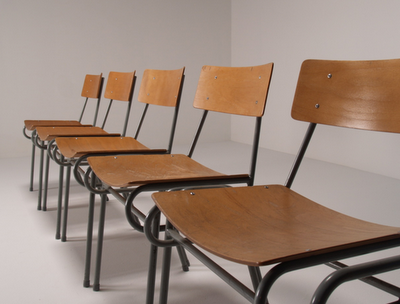 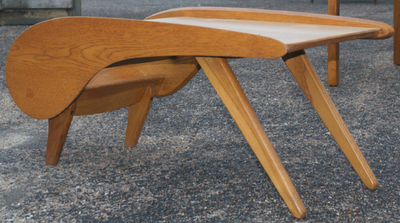 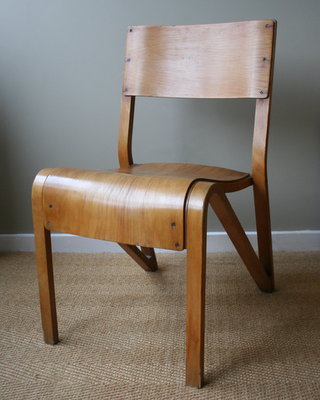 Most of these items where found on the internet, please email if you would like a credit to the image, thank you.
Posted by Rupert Blanchard at 18:08