Today, One of my favorite buildings in Margate was lost.
It stood as one of the high streets oldest retail showroom premises with warehouse to the rear. The original ground floor shop front was replaced some time ago but it still retained its very large natural light first floor showroom window, ground floor internal cladding, original sash windows to the side and some of the original warehouse windows to the rear, however, all of this was ripped out of the property during a recent project to convert the property into 6 flats...
...you may think, why are you so upset, it's not your house?
I have a little history with the building. This is one of the first properties that I fell for in Margate. It was vacant when first spotted, After making many attemps to view it we were given the impression that the agents/owners had no intention on selling it even though it was advertised for sale. We were surprised to find it put up for sale at auction, I attended the sale and as it went unsold so I negotiated to purchase it, this was unsuccessful. It was later put back onto the market, so we tried to buy it again, initially refusd a viewing, we made offers which exceeded the asking price, things were moving fast, frantic negotiation on a mobile phone sitting on Margate sands but we were told that we had competition, we were not prepared to be pushed further. 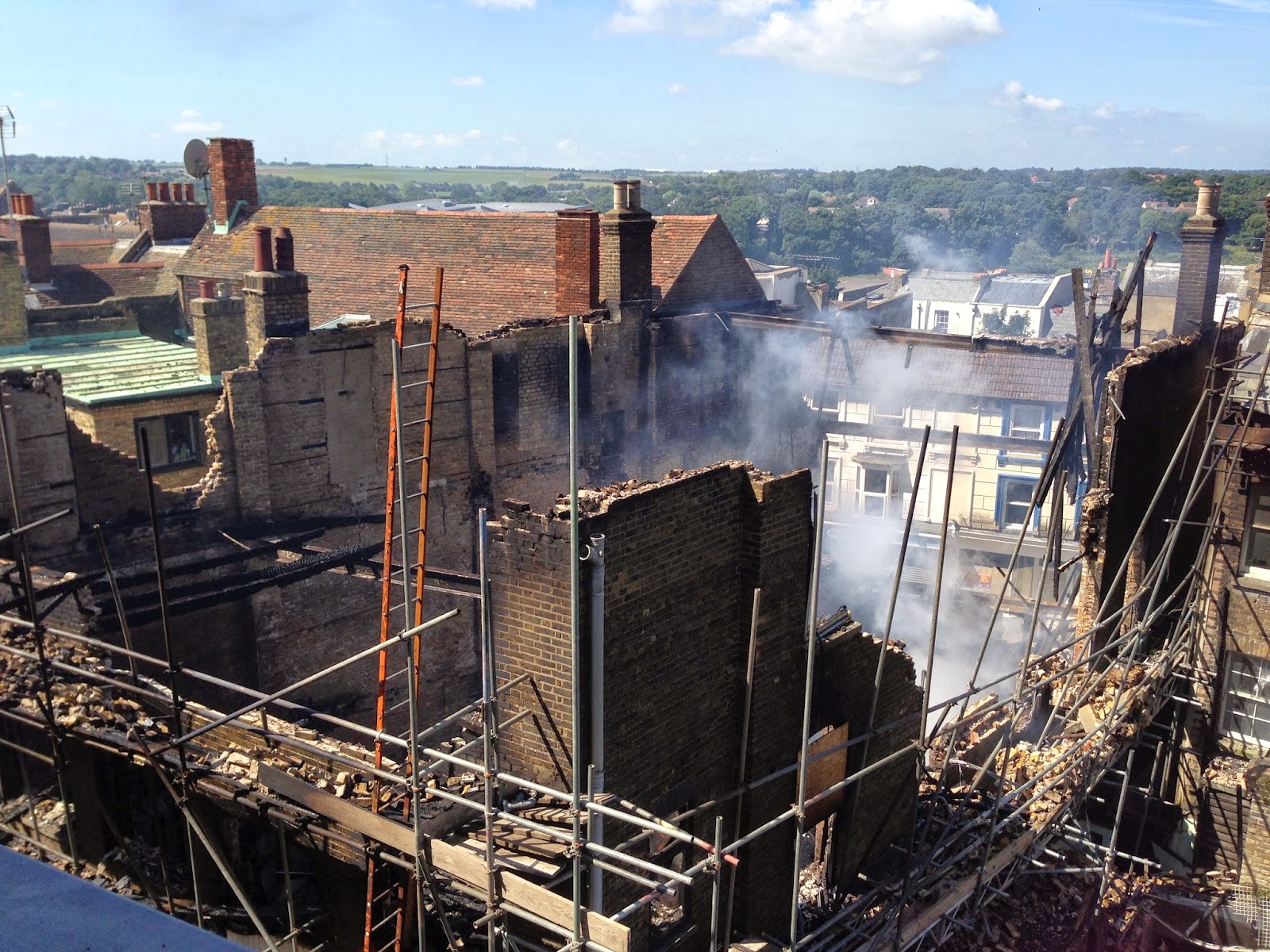 The property had achieved planning permission to convert into 6 flats, 2 per floor with a bike/bin store to the side. We could not confirm at the time if this permission was still valid but we had intended to retain the shop space/showroom with a workshop to the rear for myself and to convert the top floor into a flat to be our own home. Sadly this wasn't meant to be. 24 hours ago the property appeared to be in a near complete state, converted into a selection of flats by it's current owners. Now its gone but not forgotten.

I feel that Margate has gone through, and is still going through a very damaging time architecturally allowing the conversion of many retail properties, in this case in a town centre main High Street without president for any residential properties at ground floor level and without any design detail guidance. In the abcence of any design coherence to its immediate environment and without any architectural merit to stand alone, there appears to be no care of duty and a lack of common sense in acceptance of planning applications with the rush to make a quick buck. Beautiful shop fronts are still being ripped out, most noticeably on Northdown Road, Cliftonville where the cheapest any old size ill fitting off-the-shelf ready made double glazing units and low end building materials are chucked up with no respect or thought to the Victorian and Georgian grandeur above. With every quick fix, Margate losses a little more charm. My thoughts go out to the building owners and the hard working firefighters who put there lives on the line to deal with the many local property fires.

125 Margate High Street. Gone but not forgotten.
Posted by Rupert Blanchard at 22:23