One of my greatest luxuries is the occasional visit to a local cafe. After leaving London I would often pine for a greasy spoon escape at lunch time. Pellicci's Cafe in the East and Simon's Diner in the South are now sadly too far away for a lunch hour but luckily one of Margate's finest haunts is just around the corner, The Dalby Cafe. 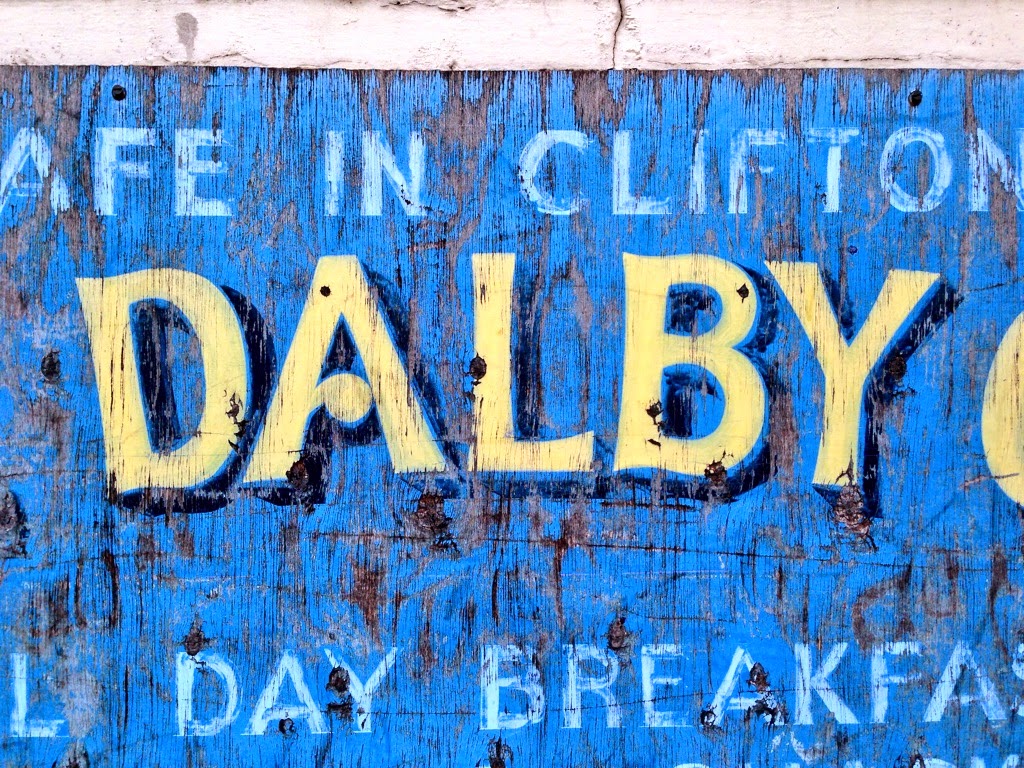 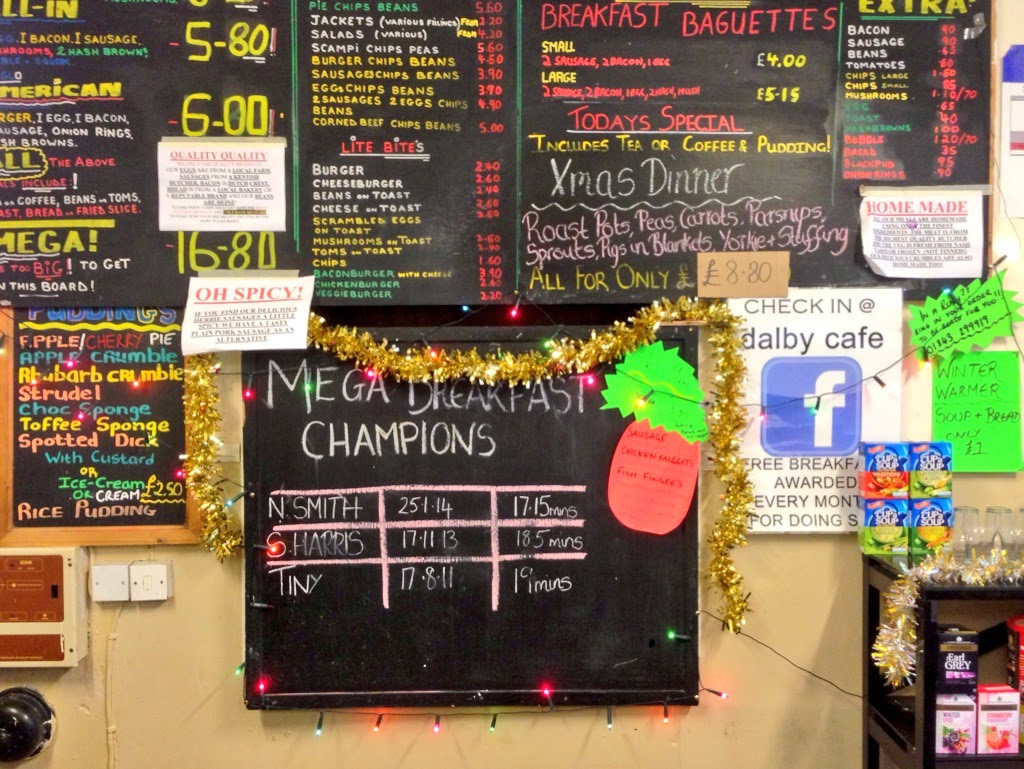 above: In a sea of chalk boards, print-outs and tinsel hangs the Mega Breakfast Campions leader board at Christmas, Recently cleaned up with only the top three champions remaining. I haven't attempted the challenge yet (I'm not a mushroom fan) 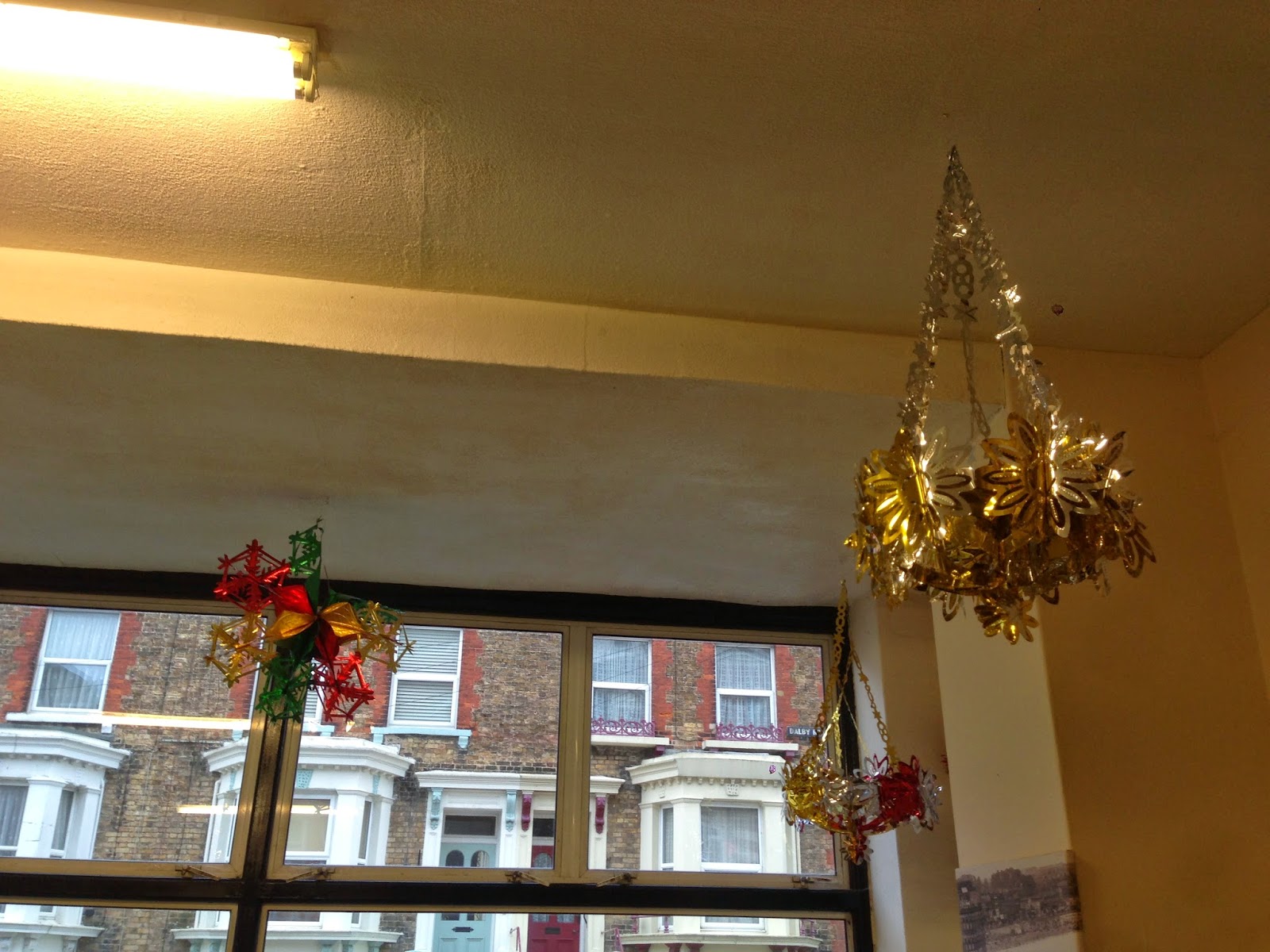 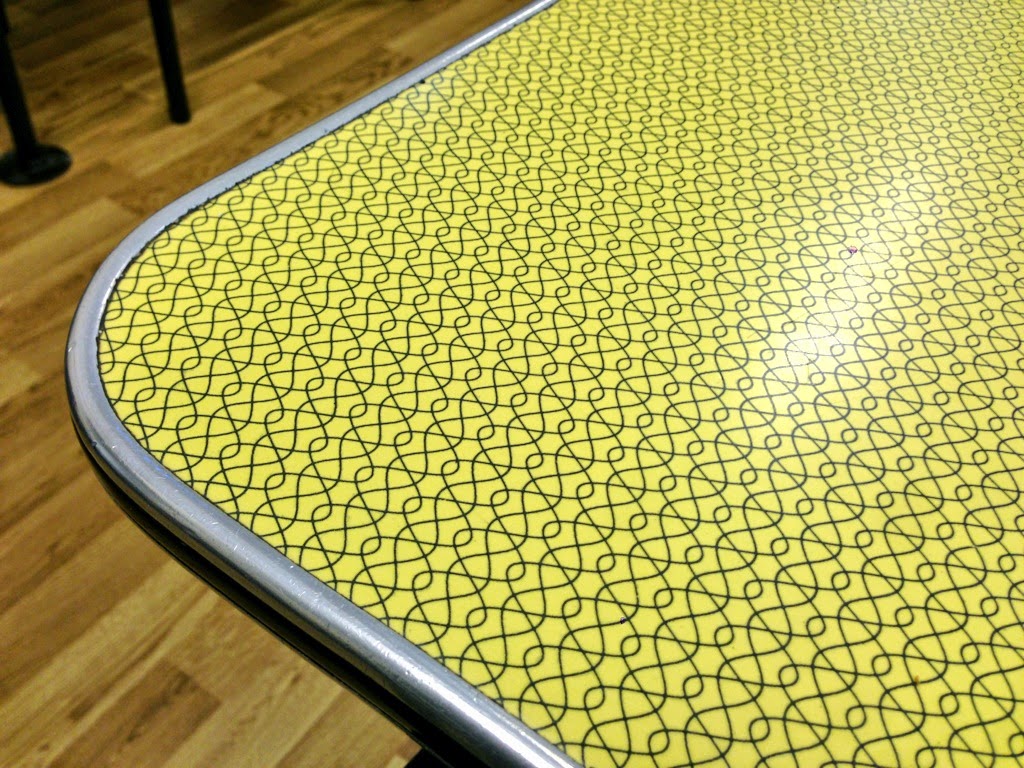 Original patterned formica tables with fixed position flip down vinyl seating. Many interiors features have been updated during 2014, including new flooring, front door, counter and sadly the removal of the low window net curtains but a lot of charm still remains. importantly the food is great... 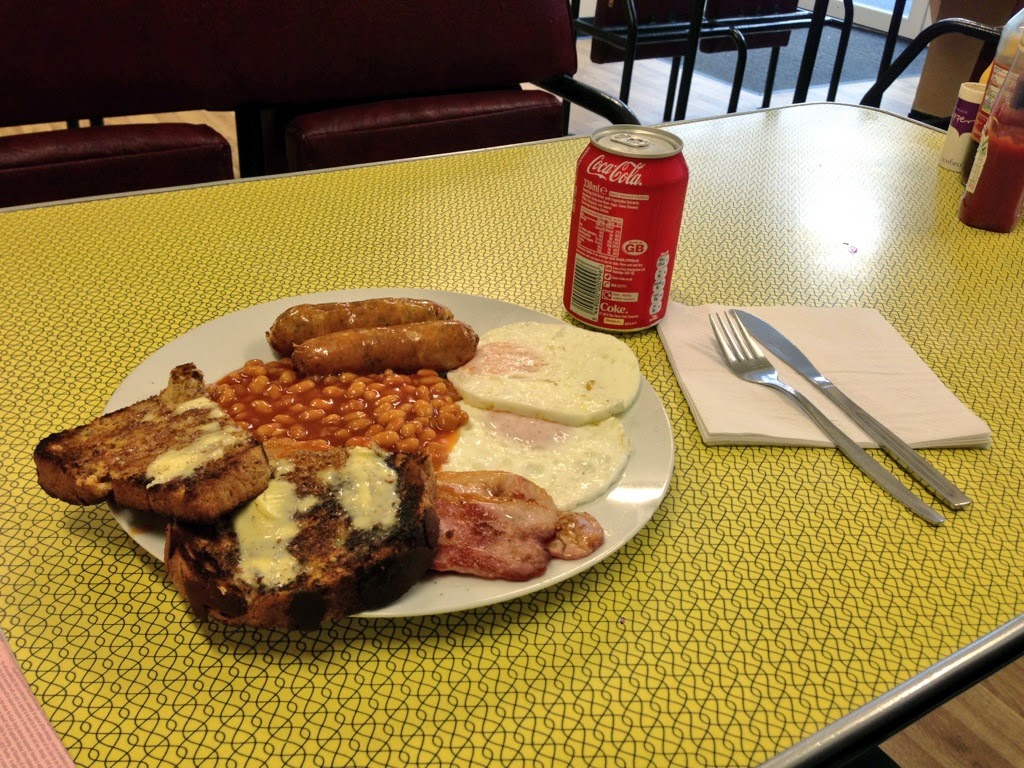 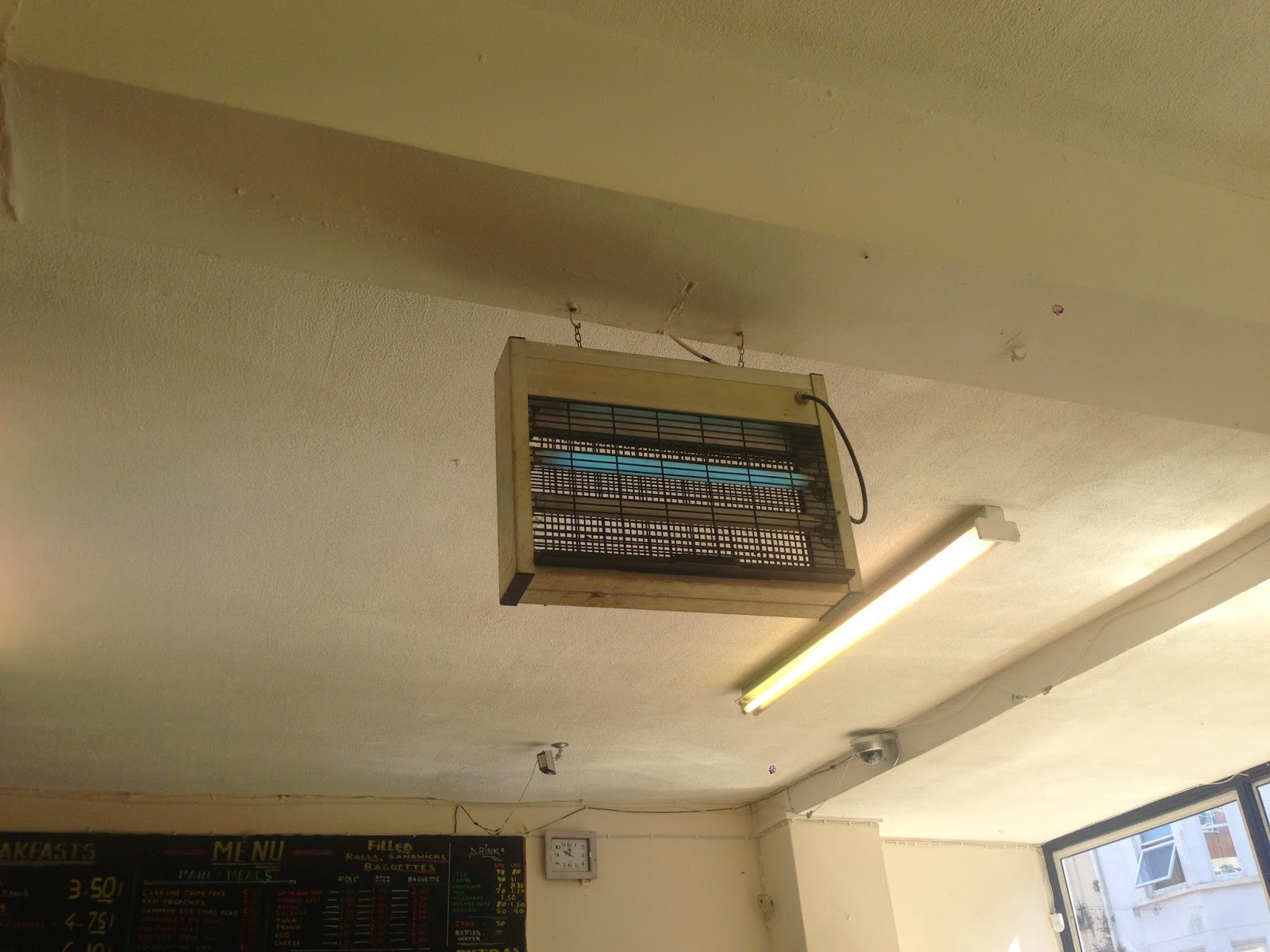 (Cliftonville is...) buzzing
below: my brother who refused to be photographed in the cafe... 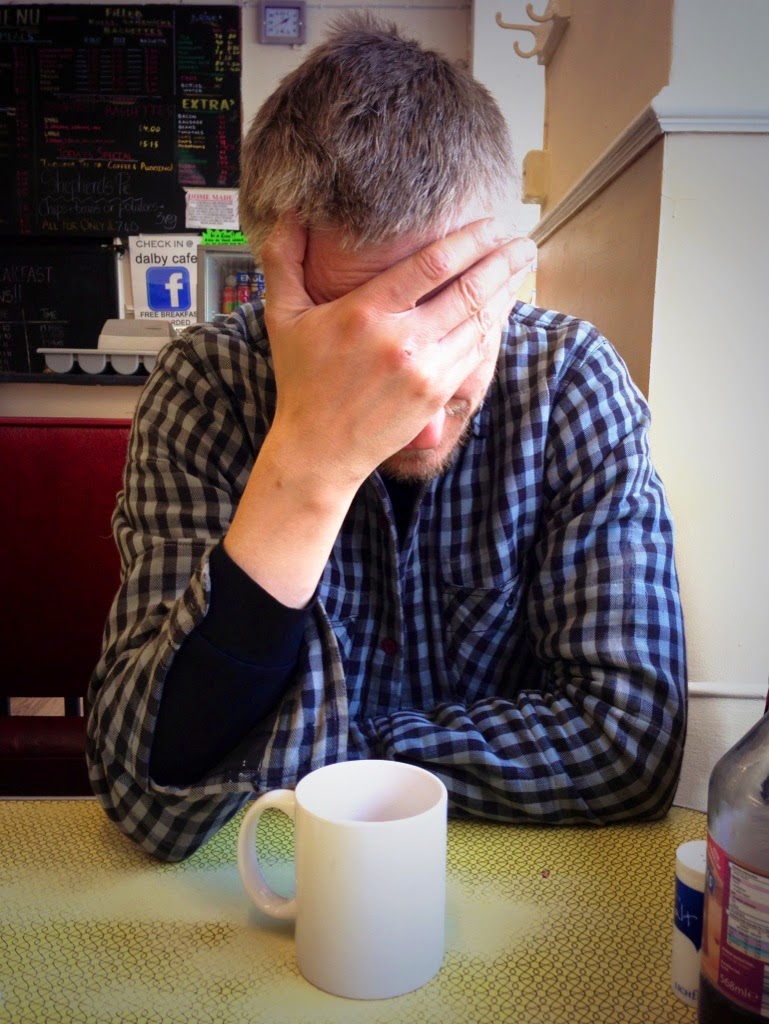 The reason for this blog post and the Dalby Cafe archive was spurred on by a kind donation to me by the wonderful character that is Joe of Margate Retro in the Old Town, Margate.
Joe discovered a collection of old Dalby Cafe invoices from local Thanet based suppliers, a selection of these follow... 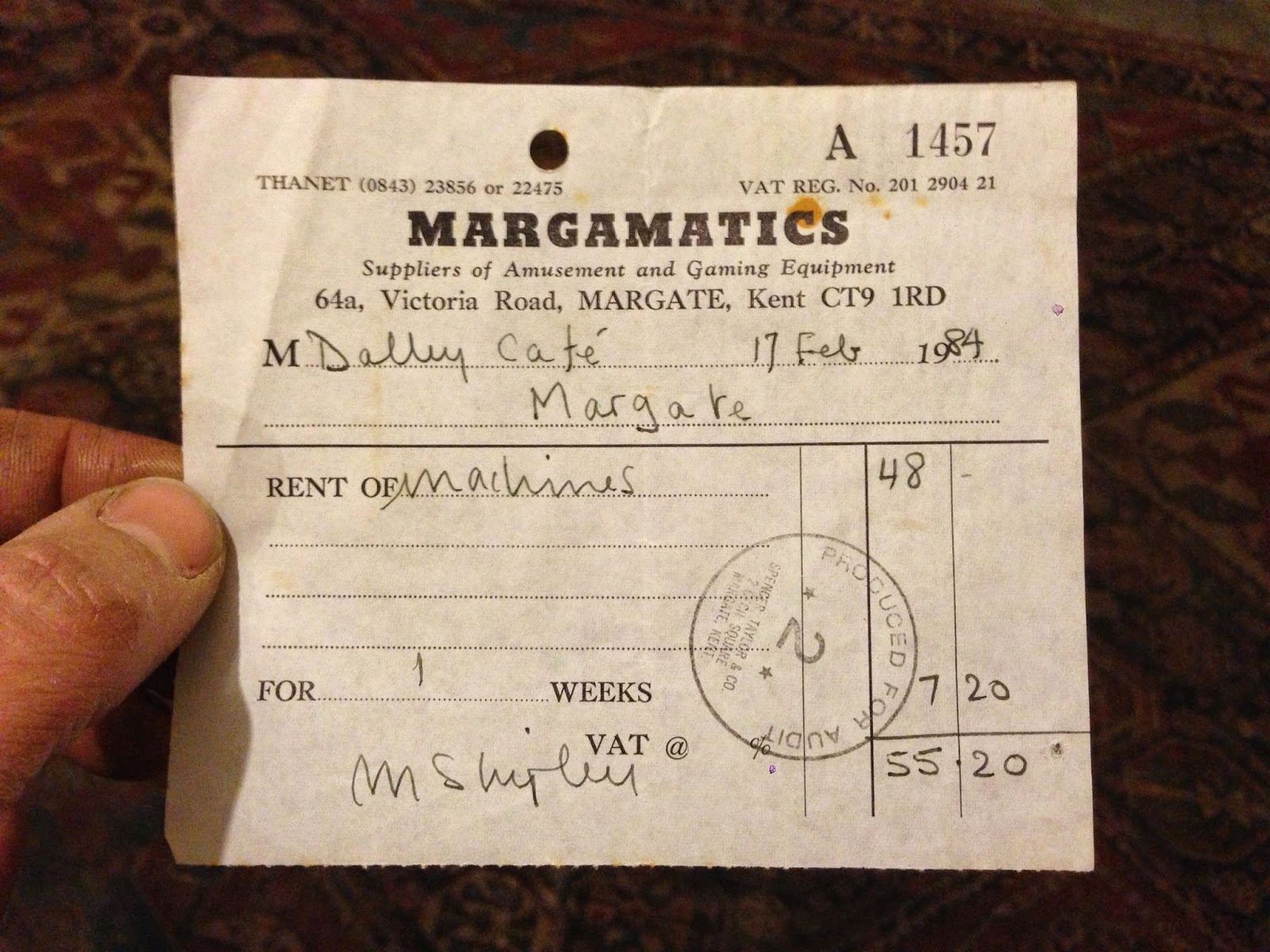 above/below: Margamatics, 64a Victoria Road, Margate. I like to think that this invoice was for a Pac-Man or similar arcade machine c.1984 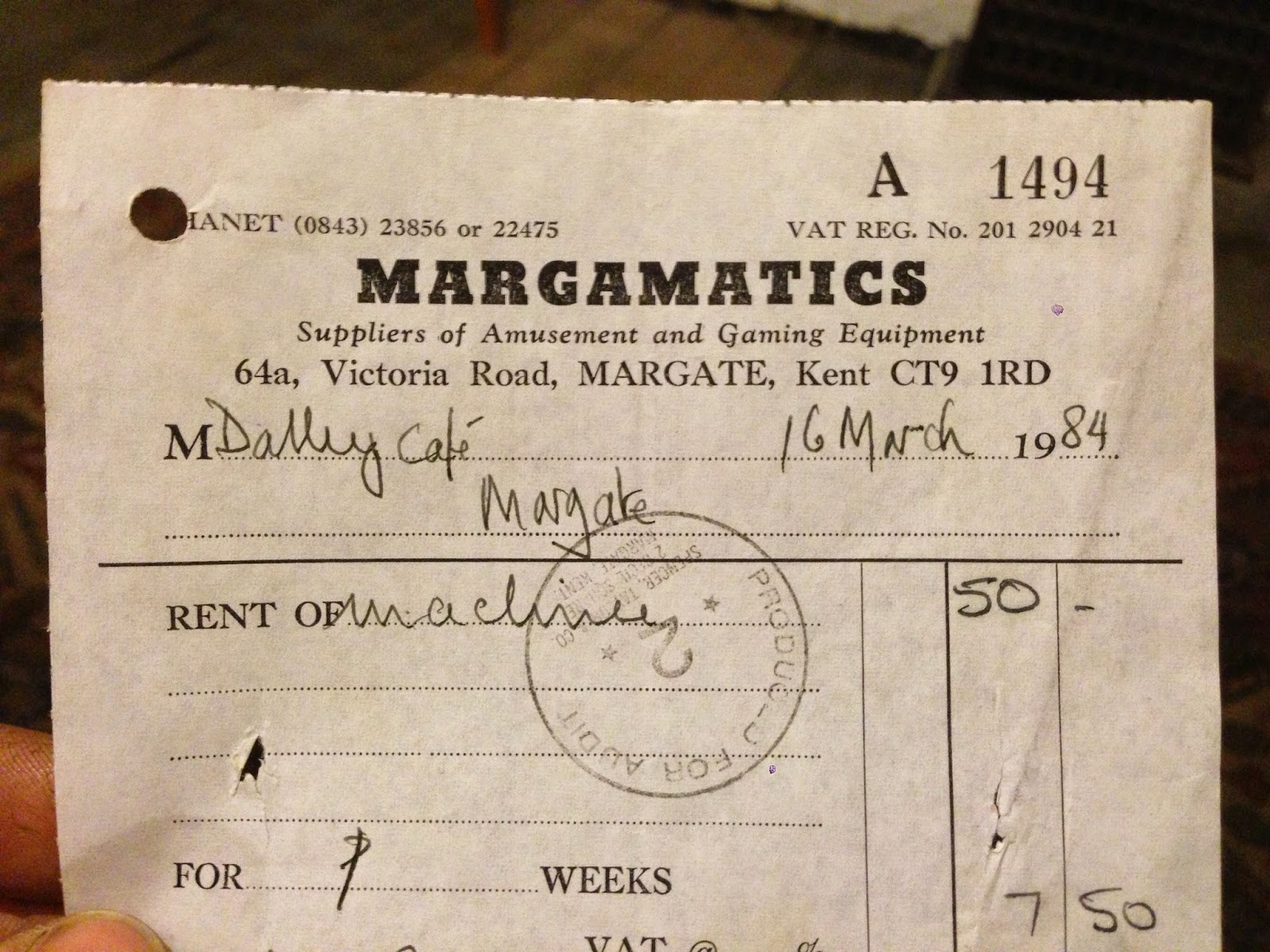 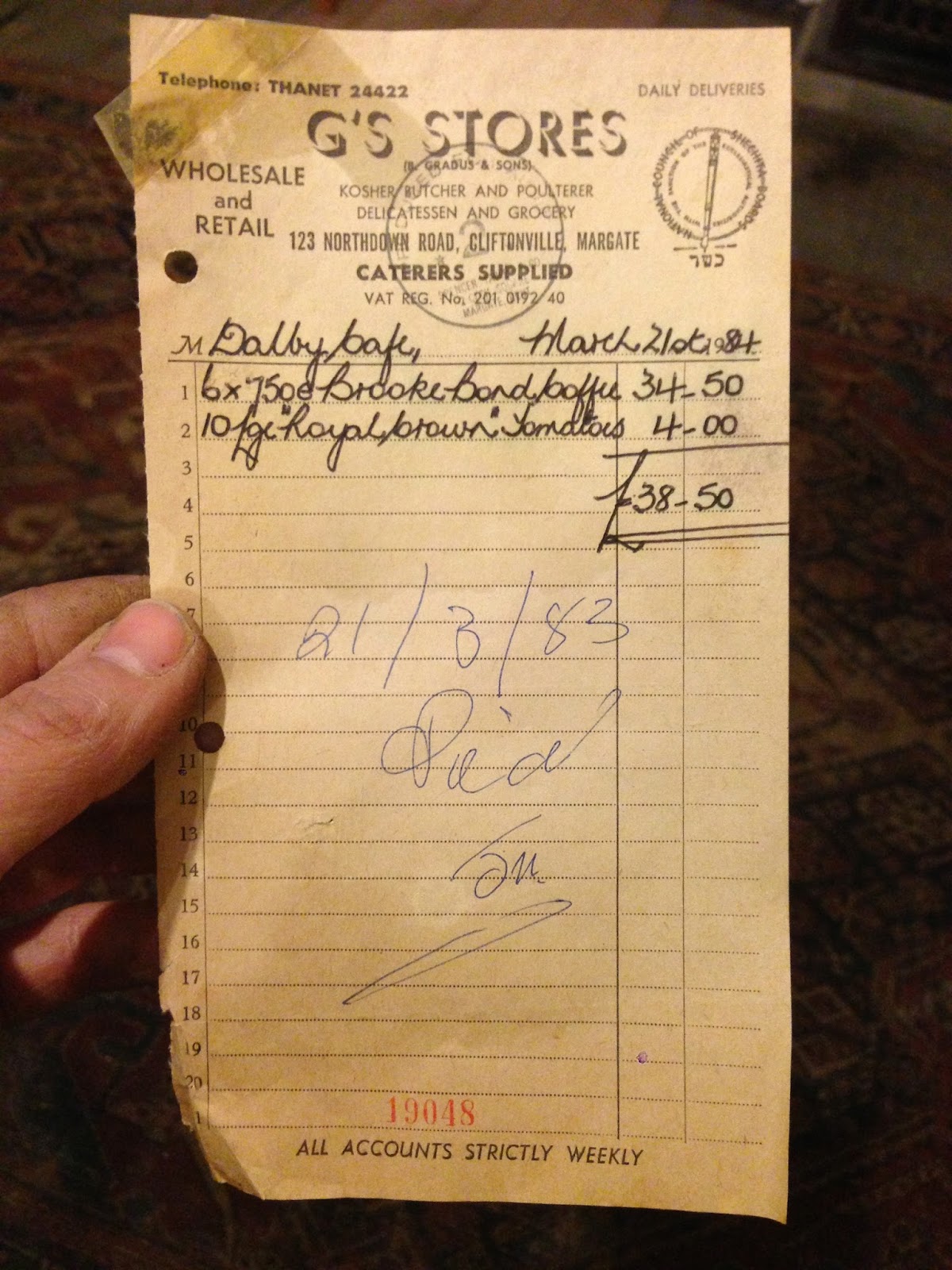 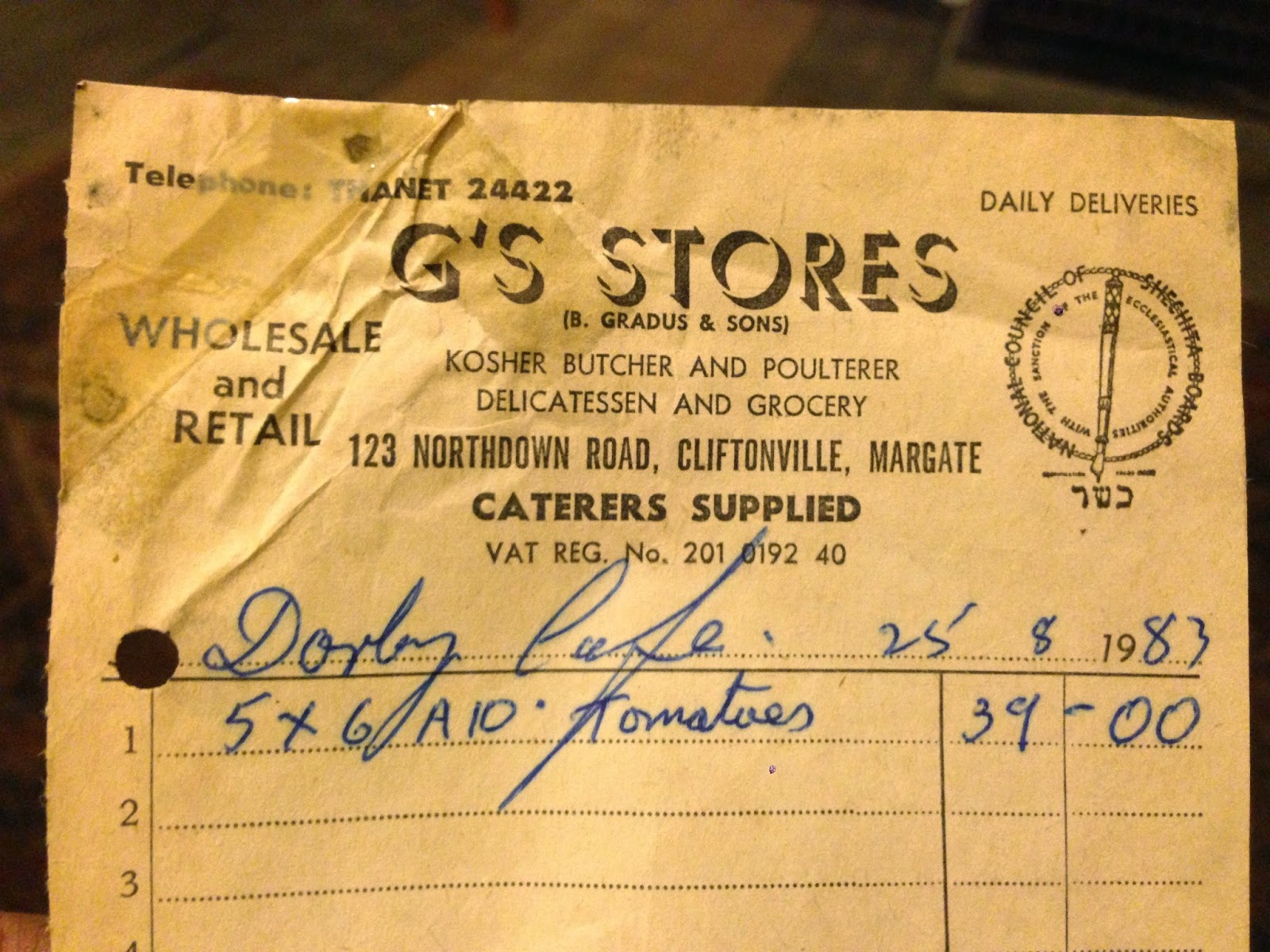 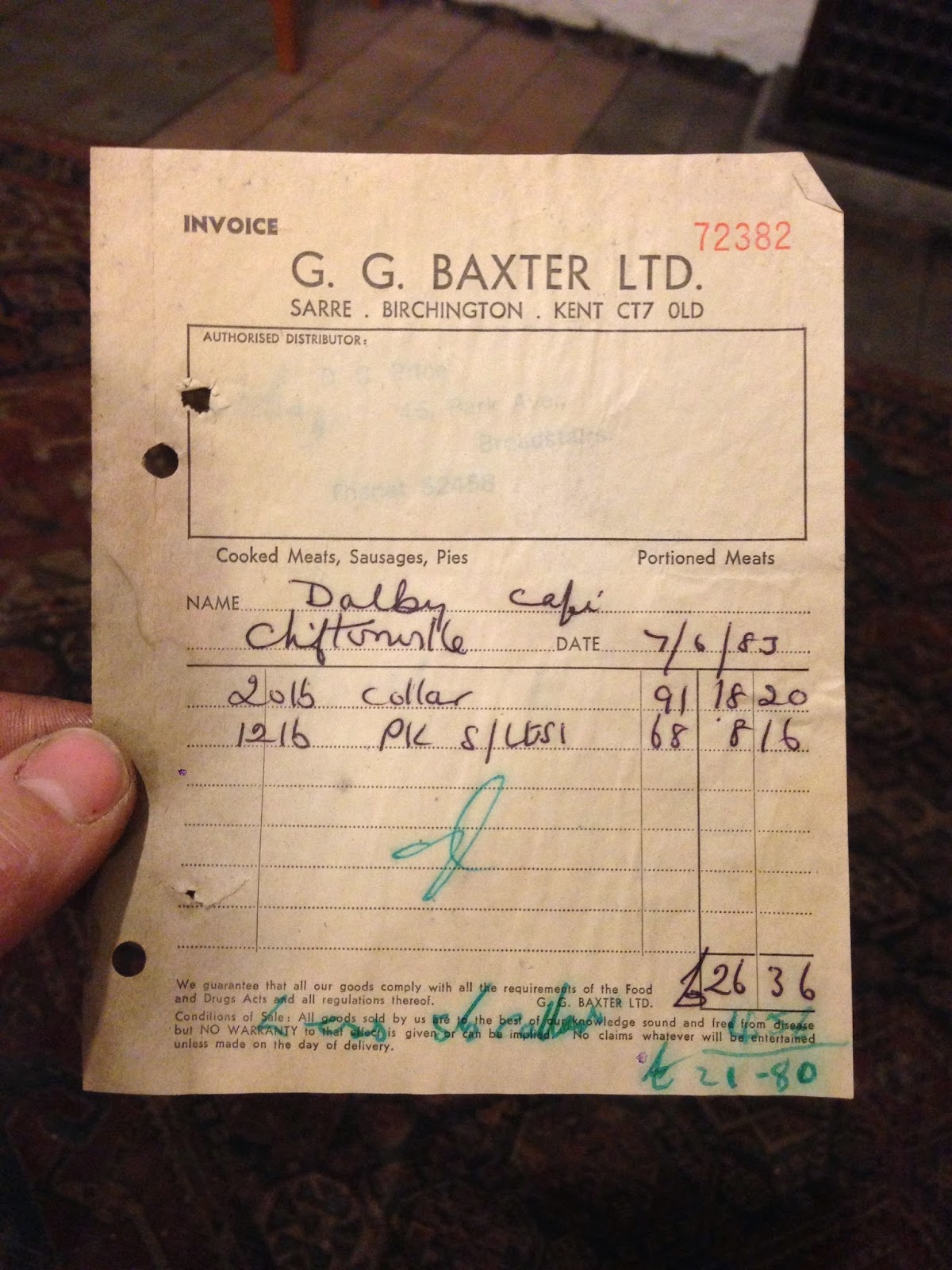 above: G.G.Baxter Ltd, Birchington
below: The Hobart Manufacturing Co Ltd, something new for the kitchen c.1983 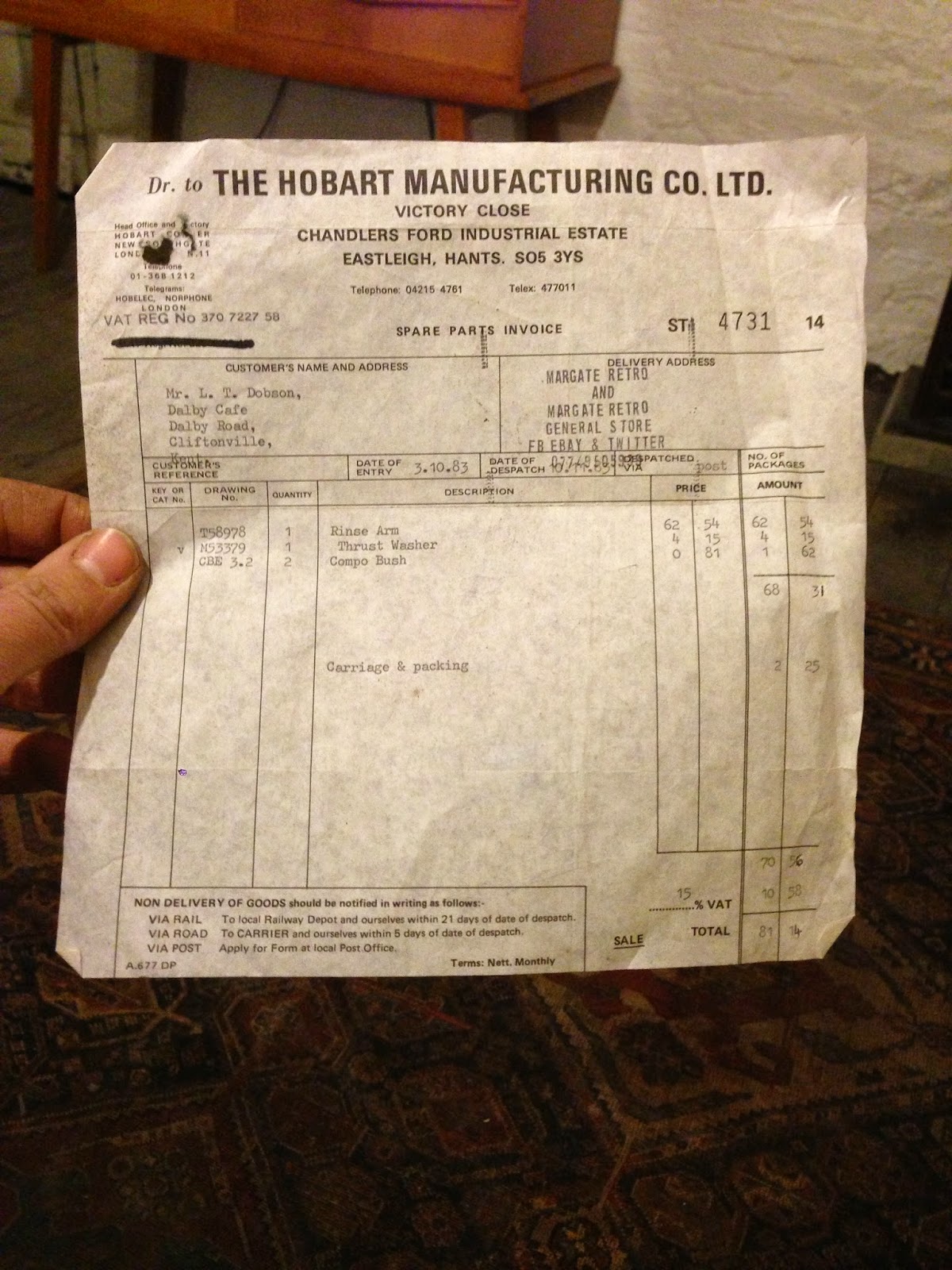 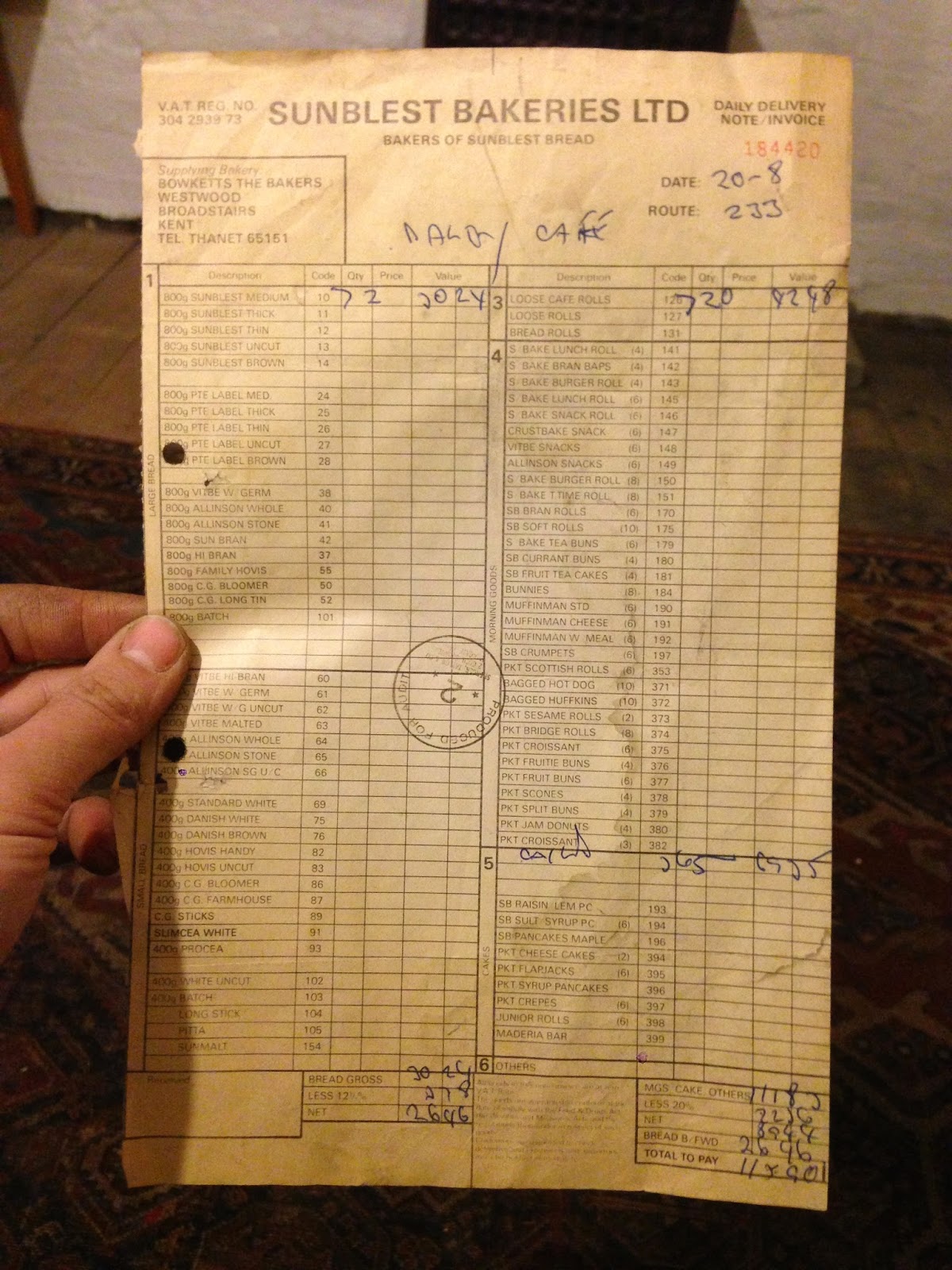 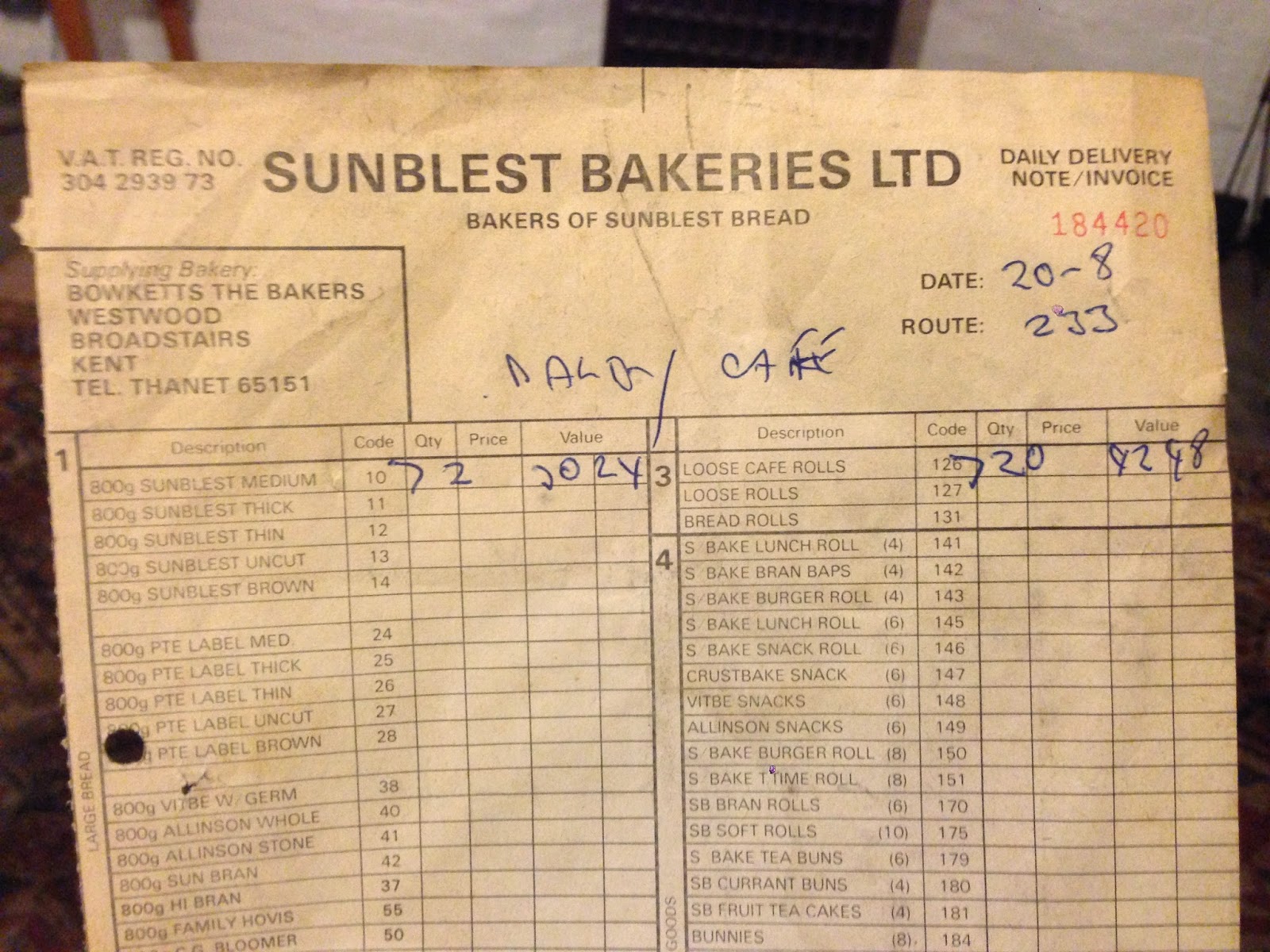 all of the invoices have a stamp on them:
Produced for Audit, Spencer, Taylor & Co, 2 Cecil Square, Margate. 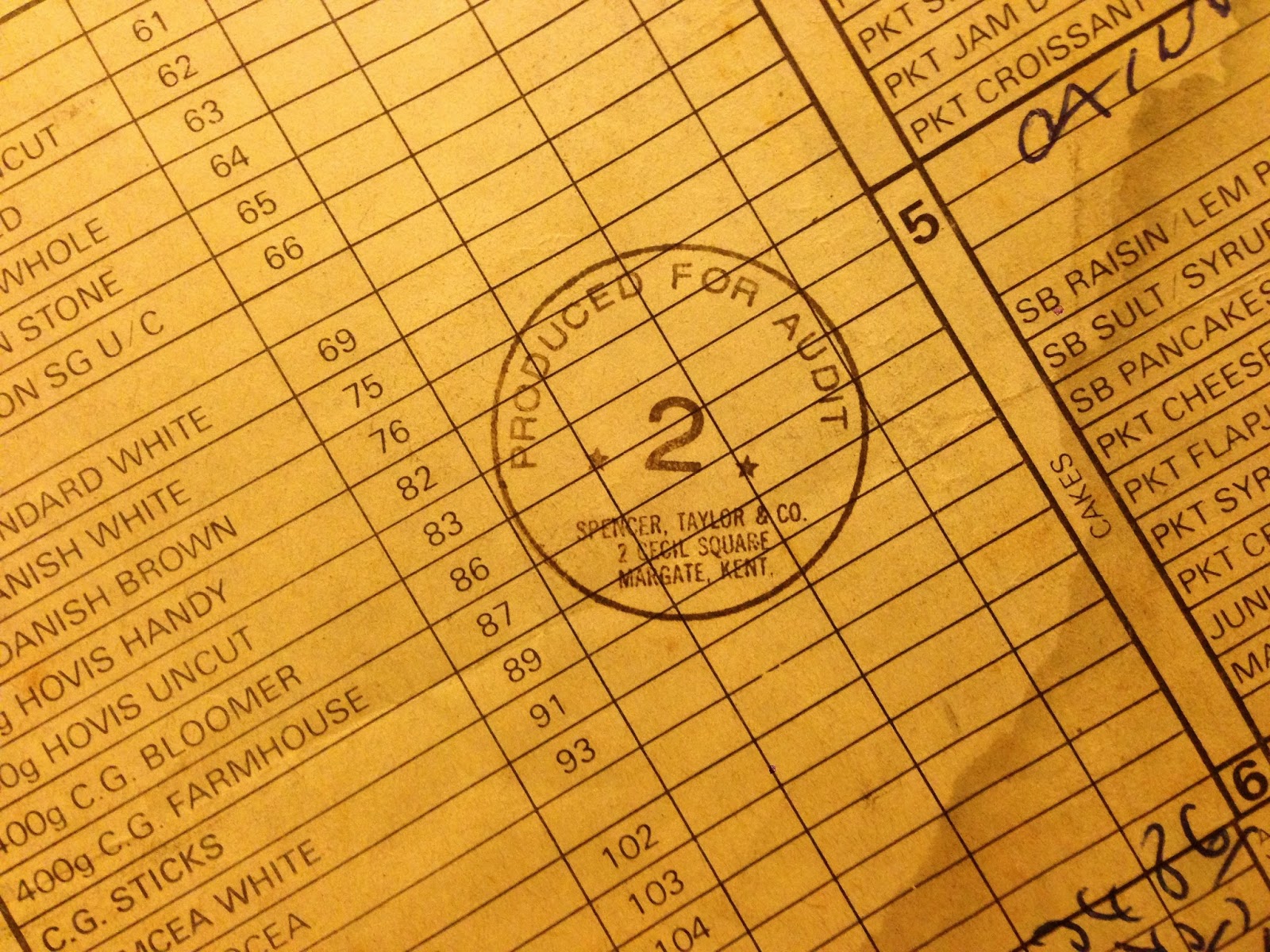 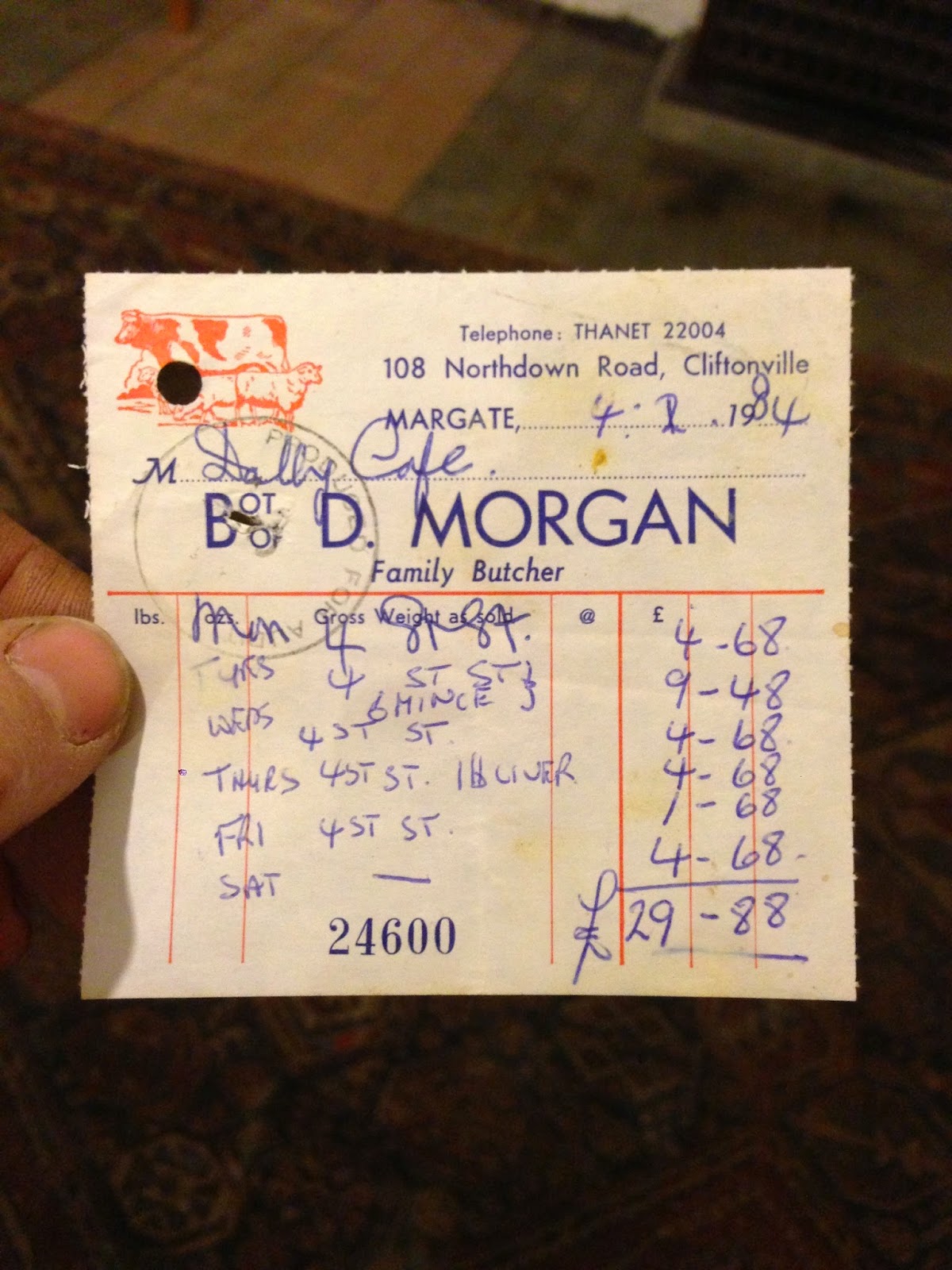 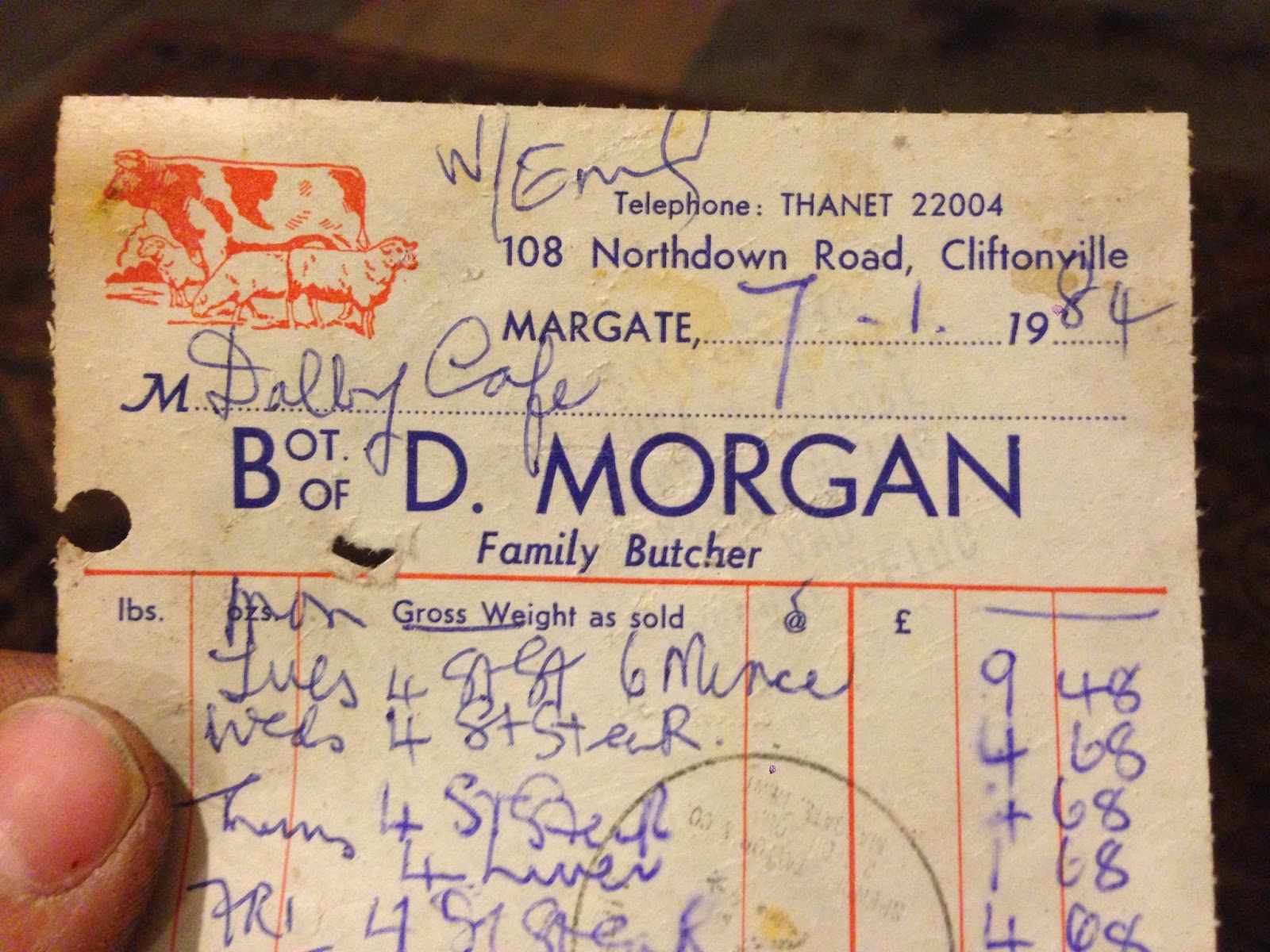 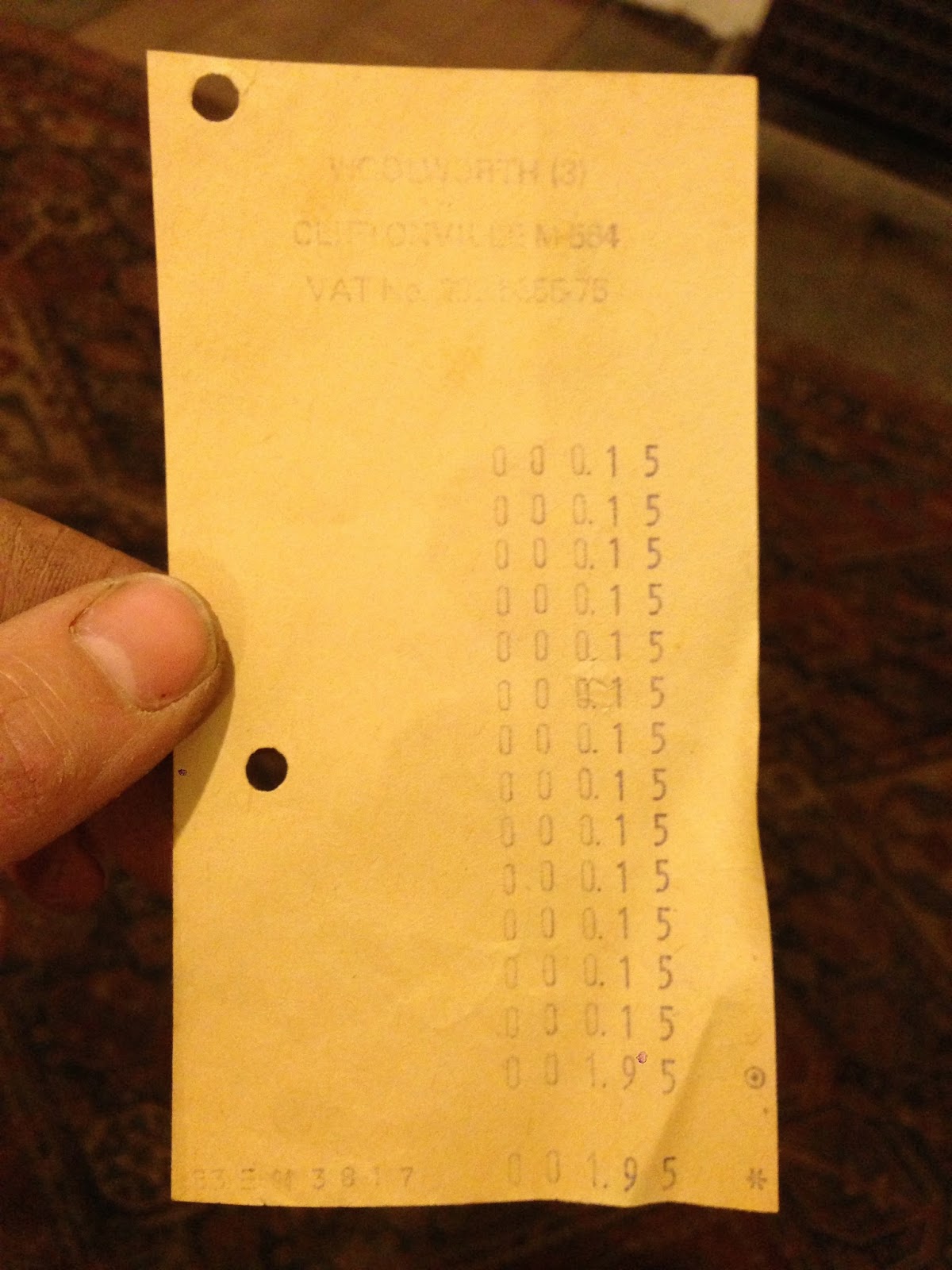 rather plain early till receipt, but zoom in (below) to see Woolworth Cliftonville. What was 15p? 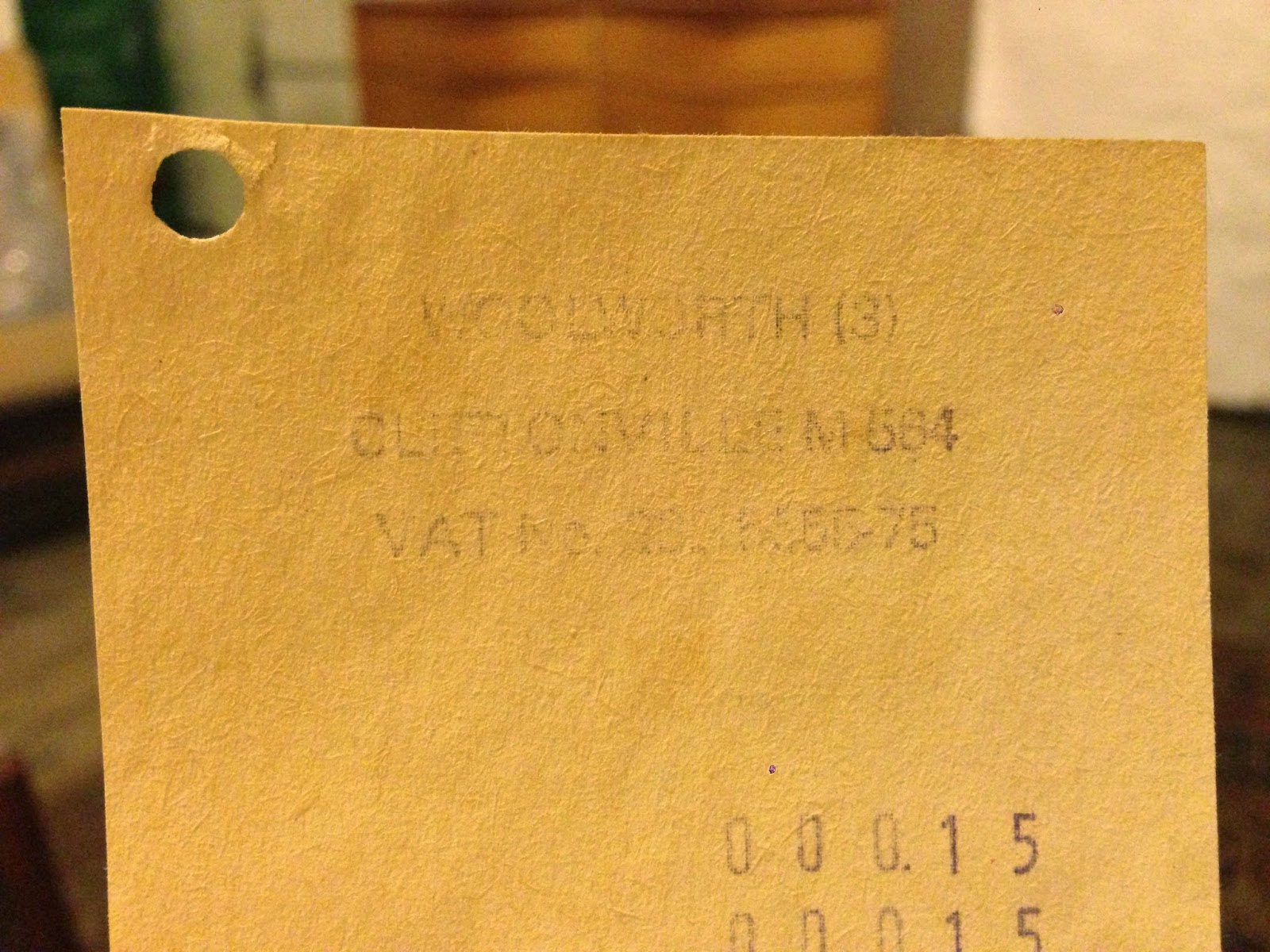 thats it for now, see you in the cafe... 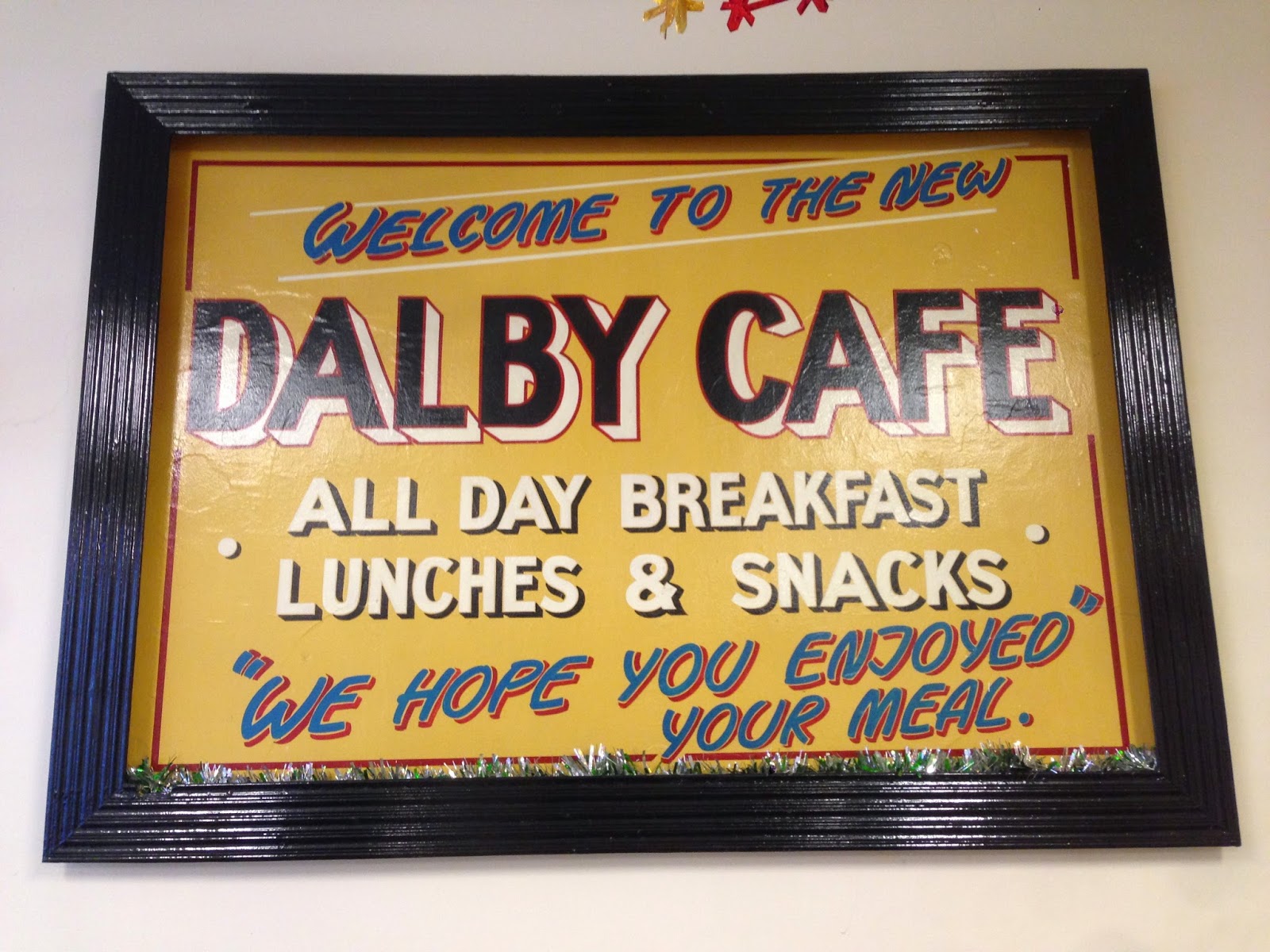 Posted by Rupert Blanchard at 19:49