Whist out regularly wandering the streets of Margate, I've found that familiar sights are rapidly changing and around this time of the year the pace accelerates towards the summer season. As business owners and developers let panic set in, many great details are lost and standards sometimes comprimised in the rush for quick cash. Many of my favourite places, properties and memories have already disappeared. Margate keeps evolving and I wouldn't want it any other way, but in an effort to record some details which i believe will be entirely overlooked by local historians I will be featuring some of my favourites here. Starting today with midcentury ironwork... 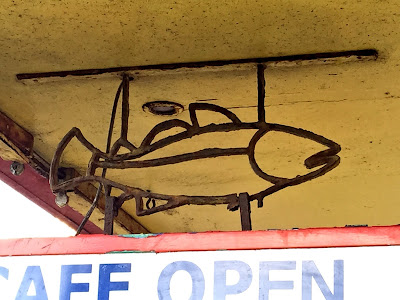 above and below: pictorial ironwork in commercial locations, no one goes to this effort anymore 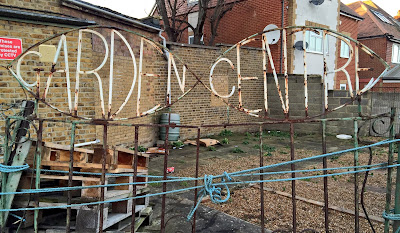 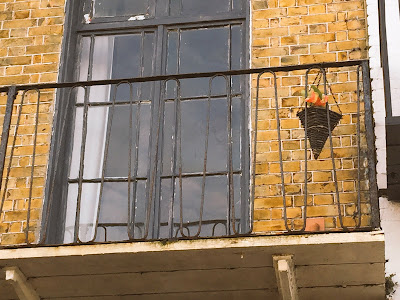 above and below: Classic 50s/60's Zig-Zag railings all over town replaced the victorian beauties that were claimed during the war. The design of post-war replacements reflected the tastes of the time and did little to work in harmony with the architecture, Britain was becoming Modern, Margate moved on. Often made of simple, cheap welded sections of prefabricated steel in fun graphic designs they sadly just don't stand the test of time in construction unlike the heavy duty cast iron Victorian designs many of which can still be seen, they remain in locations where it was deemed too dangerous to remove them, but sadly even the remaining victorian railings are disappearing through poor maintenance as the sea air attacks them.
As i notice them, I will continue to record disappearing details. keep looking.